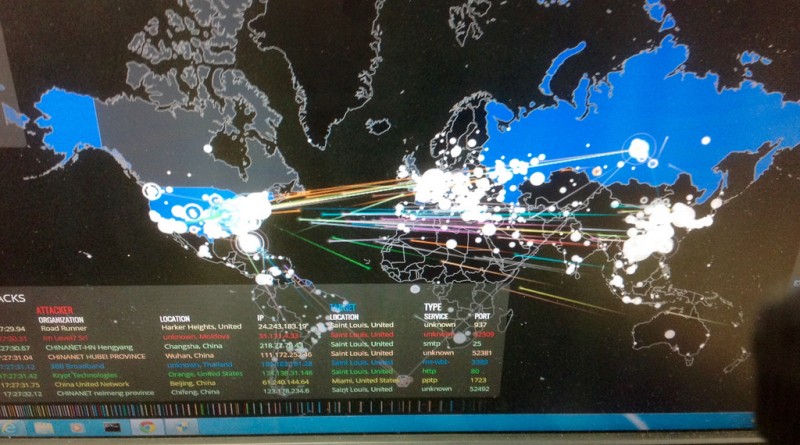 There are more than a billion websites on the internet but they rely on just a handful of companies to keep them operating.

Confidence in the system’s resilience declined significantly in October 2016, when a massive distributed denial of service (DDoS) attack assaulted Dyn, a company that controls much of the internet infrastructure.

That DDoS attack, in turn, brought down major sites including Netflix, CNN, Spotify, Airbnb, Twitter and many others in Europe and the U.S.

“At this point we know this was a sophisticated, highly distributed attack involving tens of millions of IP addresses … across multiple attack vectors and internet locations,” said Kyle York, Dyn’s chief strategy officer on Oct. 21.

The attacks originated from Mirai-based botnets via internet-connected DVRs, video cameras and devices. Those attacks substantially disrupted service at the managed DNS (domain name system) infrastructure for about two hours from about 11 a.m. to 1 p.m. GMT, and again from about 4 to 5 p.m. GMT, with residual impact until about 8:30 p.m. on Oct. 21.

Then, to add more uncertainty, came the outages on Feb. 28 connected to Amazon Web Services. Although this was due to human error — apparently a coding error — rather than maliciousness, the result was the same: Companies, large and small, including Netflix, Airbnb, the Securities and Exchange Commission and Expedia, became inaccessible or their sites ran like molasses.

“I definitely think [internet outages] will continue to happen,” said Nick Economidis, underwriter at Beazley. “I think there are some unknown risks out there.

“We are dealing with new exposures and new risks that we don’t have the background for, and I think there are going to be some surprises. … I think Dyn caught a lot of people’s attention.”

Dan Burke, vice president and cyber product head at Hiscox USA, agreed.
“I think this is an attack vector we will continue to see for the foreseeable future, based on the ease in which one can initiate such attacks. … Just the sheer volume of devices that can be compromised and used to launch these attacks — there are such economies of scale in this space that we will continue to see this happen,” he said.

Such broad internet outages affect insureds and insurers alike, and the potential downside could be devastating.

For insureds, it’s the concern that their losses, which could last for months after an outage, will not trigger coverage in their policies. For insurers, it’s the fear of a catastrophic accumulation of cyber exposures.

Low Limits or Lack of Coverage

Steve Bridges, senior vice president of cyber risk and E&O, JLT Specialty USA, said that for many companies, a business interruption loss due to an outage at a cloud partner or ISP would only be covered if caused by a security failure and then only with a sublimit under most cyber policies.

The reason? Fear of risk aggregation, he said. “[Insurers] could have a catastrophic loss across industries and a bunch of different policies,” Bridges said.

“The cyber insurance marketplace is starting to extend contingent/dependent business interruption to include system failure triggers and to offer higher limits, but is wary about the impact of these aggregate loss situations,” he said.

For companies that offer significant CBI coverage, an extended cyber event affecting an ISP or cloud provider could result in them paying huge claims to their insureds resulting from an event affecting a company they didn’t underwrite or insure, Bridges said.

And with the lack of standardization of cyber policies, many insureds are uncertain if they even have coverage.

Plus, insurers have limited experience adjusting cyber BI or CBI claims. There haven’t been that many, and adjusting them is quite different than data breach or privacy claims that have become more common.

There is a lot of skepticism that companies will be able to successfully resolve a cyber BI or CBI claim should they face a cyber-related disruption, said Adam Thomas, principal with Deloitte’s cyber risk services team, and co-author of “Demystifying Cyber Insurance Coverage.”

“Many insurers have tunnel vision when it comes to writing cyber policies, focusing primarily on marketing cyber products for personally identifiable data hacks and business disruption while not offering insurance for the many other cyber risks that companies face,” the report said.

While some insurers and brokers have worked with insureds to help them understand where exposures exist, Thomas said, uncertainty — primarily due to lack of good data — is common.

He noted that coverage is often ultimately decided by court decisions and there is not yet definitive case law relating to this type of claim.

Burke at Hiscox said that CBI coverage is traditionally found in the policies of larger insureds and is making its way down market to smaller insureds. Some policies may offer sublimited coverage for all service providers, while others may provide coverage only for providers specifically named by the insured.

Regardless, “it has been difficult to prove” a BI or CBI loss, he said. Often, coverage is not triggered until a designated waiting period, typically eight to 12 hours. Plus, it is difficult even in a property-related BI claim to quantify losses during the event or time of restoration, let alone a cyber BI claim. It requires the expertise of a forensic accountant.

“Because Dyn was down only three hours [during the second attack of the day], there was very little insurance loss,” said Scott Stransky, assistant vice president and principal scientist at AIR Worldwide, although the economic loss was more than $100 million.

“If Dyn had been down for a day, it would not only result in billions in economic loss, but in significant insurance losses,” he said.

Linking the recovery of lost revenue after the site comes back online is a challenge. There are other factors that could explain relatively poor performance, said JLT’s Bridges.

Typically, policies provide 60 to 90 days as the period of restoration, but for some companies, it can arguably be much longer before their customers return and revenue returns to expected levels.

Bigger companies that use cloud services from providers such as Amazon, Google, Rackspace, IBM or Microsoft, may have some leverage to contractually negotiate responsibility for losses over a certain amount, Bridges said. Small companies, not so much.

“I’m not getting a feeling that insurance companies themselves have a good idea of how to aggregate these [cyber] exposures,” said Fred Eslami, senior financial analyst, property and casualty, A.M. Best.

“It is scary,” he said, noting that when Dyn was attacked, about 70 companies were affected, with service lost for several hours on different occasions in a 24-hour period.

“I’ve been trying to get information on what the damage was, particularly in terms of business interruption,” he said.

“There is no information right now. I hear companies are working on it since October. But it’s apparently a challenging task to come up with an idea of what the damage was.”

Imagine, he said, if the attack lasted 24 hours and affected hundreds of companies. Insurance companies have “no actuarial or results-oriented data they can depend on to do their proper pricing or proper reserving.”

They may face claims from cyber policies as well as general liability, D&O, E&O or policy packages.

A comparable example might be Hurricane Andrew, which struck Florida and Louisiana in 1992 and drove 12 insurance companies out of business, AIR’s Stransky said.

Although many insurers are working to solve the risk aggregation issue, they remain uncertain what percentage of their book uses specific ISPs or cloud providers, he said, and there’s no easy way to determine that.

Thomas at Deloitte said accumulated risk “is an area that’s been a hot issue for senior management at most insurers. There is a general level of discomfort over how well — or not well — they understand where the cyber-accumulated risk sits.”

“Some insurers may fear being overwhelmed by a sudden aggregation of losses in which a third-party provider or cloud computing vendor that works with a wide swath of businesses gets hacked and leads to service failures for all of its users,” according to Deloitte’s report on demystifying coverage.

“This sort of systemic event could spell chaos for the insurance industry,” it said.

“The exposure [for insurers],” said Burke at Hiscox, “can aggregate so quickly and be so massive that I think it has the potential to put insurance company balance sheets at risk.”

Some companies, like AIR Worldwide and RMS, are creating models to help insurers understand their exposure.

Burke said Hiscox creates its own scenarios and models them with the help of third-party providers.

Lloyd’s issued an oversight framework two years ago that requires all syndicates, including Hiscox and Beazley, to have a “specific risk appetite for exposure to cyber attack across all classes of business.”

Recently, the New York State Department of Financial Services (DFS) released cyber security requirements for all companies that operate in the state that are governed by the DFS. Among other rules, it requires companies to demonstrate the ability to recover from a cyber event and restore normal operations and services.

Eslami at A.M. Best said the regulation may help to improve the resiliency of insurers to a cyber attack. He noted that the National Association of Insurance Commissioners also requires companies to provide similar information.

It all depends on the elements of coverage, however. “Policy language is not generalized and cannot be applied the same way to all of the companies,” Eslami said.

He said insurance companies that issue cyber policies may want to consider limiting their exposure per industry sector to a certain dollar amount to give them a better handle on potential losses — and their ability to cover those losses.

We are dealing with new exposures and new risks that we don’t have the background for, and I think there are going to be some surprises. … I think Dyn caught a lot of people’s attention.– Nick Economidis, underwriter at Beazley

A.M. Best, he said, has suggested insurers model potential incurred-but-not-reported losses, and put aside a contingency reserve in response.

Right now, a huge natural catastrophe still has a greater potential to impact company solvency, he said. That could change as the frequency and manner of attacks increase, combined with the growth of cyber coverage and the Internet of Things.

“There is a 100 percent chance we will see something worse than Dyn,” Stransky said. “There’s no way to avoid it.

“In some ways, it’s good it happened,” he said.

“It was a great wake-up call. It got people thinking. It’s a good thing if they are nervous about this. It’s better to be nervous now than scrambling around when a big attack happens as they try to figure out what is going on.

The same technologies that drive business forward are upending the nature of loss exposures and presenting new coverage challenges.

Nationalistic policies aim to boost American wealth and prosperity, but they may do long-term economic damage.

Economic nationalism is upsetting the risk management landscape by presenting challenges in once stable environments.

As climate change drives rising seas, so arises the risk that buyers will become leery of taking on mortgages along our coasts. Trillions in mortgage values are at stake unless the public and the private sector move quickly. 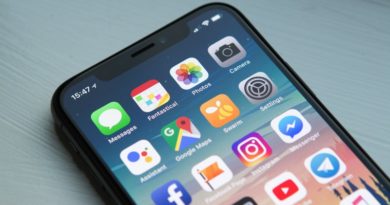